The Legacy of Faith

Discovering the Trimphant Life of God

Born and raised in South Africa, Keith’s early years were marked by hardship. When his father succumbed to alcoholism and changed his behavior as a result, Keith’s mother filed for divorce. The broken state of Keith’s family caused him to turn to the world for fulfillment. But fulfillment was never found… until Jesus Christ revealed himself to the Daniel family. When Keith, along with his family, were marvelously saved, there was a radical shift in Keith’s life. Almost immediately he began to have a hunger and thirst for the Word of God, and as a result God was able to form a humble servant through which His Word was able to be declared with sincerity and power. Ever since that time Keith has traveled as an evangelist, exhorting individuals to turn from their own ways and to experience a dynamic intimacy with God by “soaking themselves in the Word.” 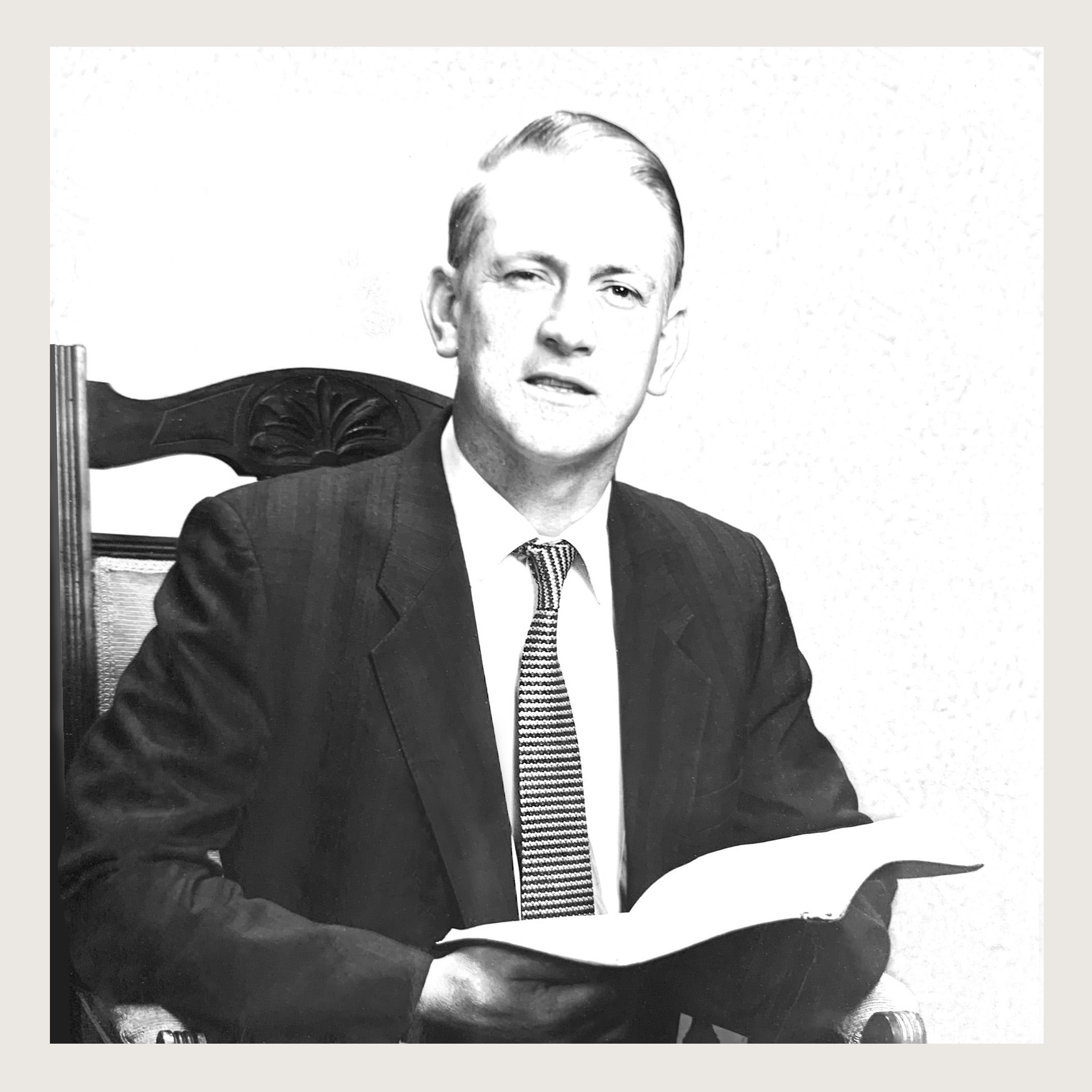 After serving in World War II, Keith’s father drove to achieve success in the corporate world. Alcoholism eventually followed, causing a deep strain in his relationship with his father. This difficult situation provoked Keith to run away from home multiple times as a child. Soon, family ties were at risk of severing completely as Keith’s mother filed for divorce. But it was at this moment, God reached into the Daniel family through a most unlikely avenue.

After receiving salvation, Keith found himself hungering for the Word of God. He also longed for others to experience the salvation he had received, so he passionately began spreading the Good News to those around him. Considering his background, Keith never thought he could serve in full time ministry, but he still felt a strong burden to become a preacher. He enrolled in Bible school, where he met his future wife, Jenny, through some rather amusing events.

When God called Keith into evangelistic work, it became evident that His hand was upon Keith. As he gave his heart and mind to the Scriptures and to prayer, he began to see God accomplish mighty things. But the work God was doing through Keith was not just happening among the congregations where he preached—it also was evident on city streets and isolated corners of the world.

“I want you to bring back the Word of God.” This was the message that God laid upon Brother Keith’s heart as he devoted himself to the Lord’s service. His calling was not simply to preach, but to become an anointed vessel through which God could powerfully use His Word. When he yielded to this calling, God opened doors for him to preach across the globe in unexpected ways. But his uncompromising way of preaching not only drew grateful hearers, but spiteful opposition as well..

Whether you’re watching as an individual or together as a family, the messages on Embassy will refresh your spirit, challenge you to grow, and inspire your continual pursuit for God’s purposes to be accomplished in your life and the lives of those around you. 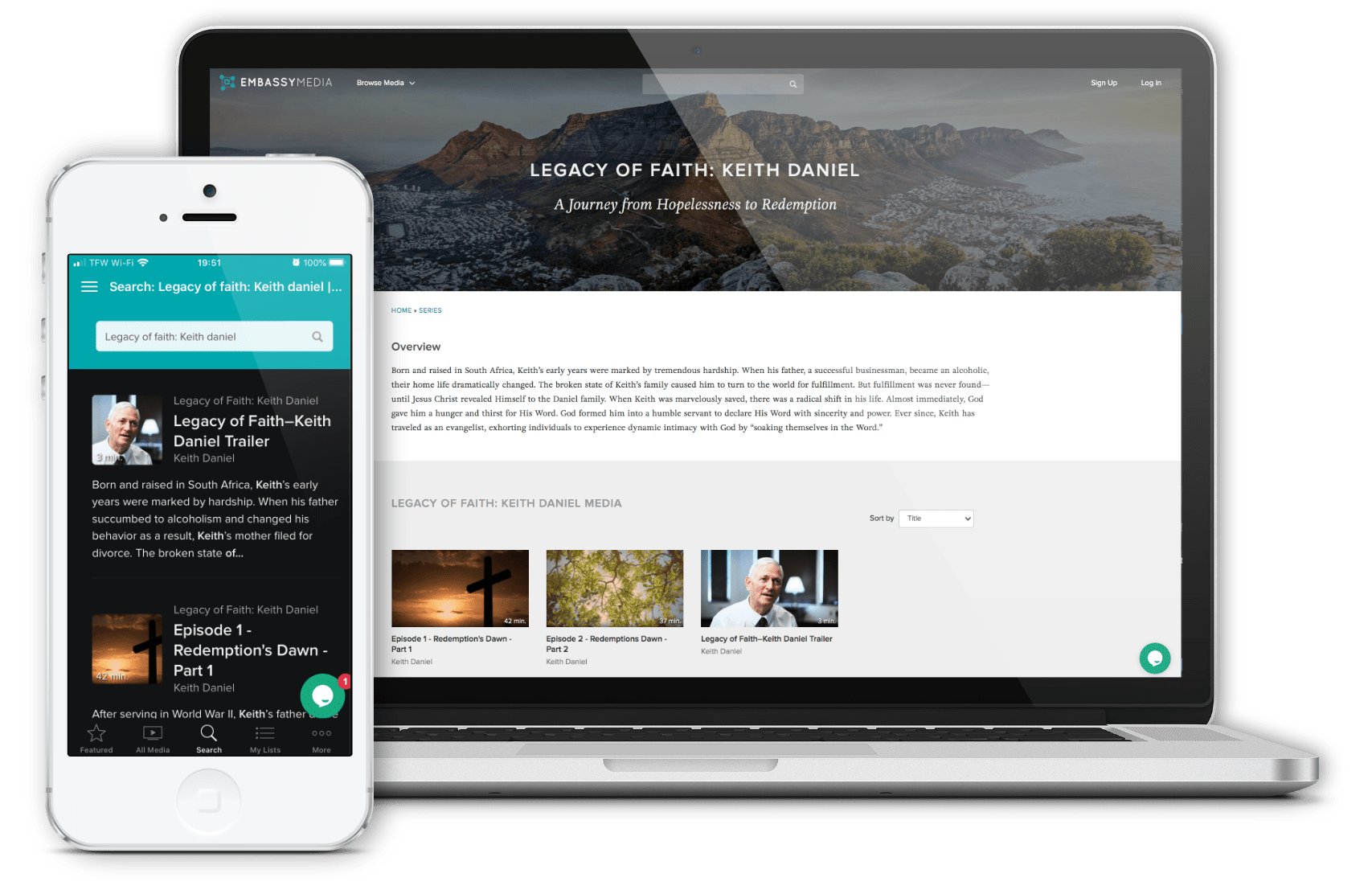 Whether you’re watching as an individual or together as a family, the messages on Embassy will refresh your spirit, challenge you to grow, and inspire your continual pursuit for God’s purposes to be accomplished in your life and the lives of those around you. 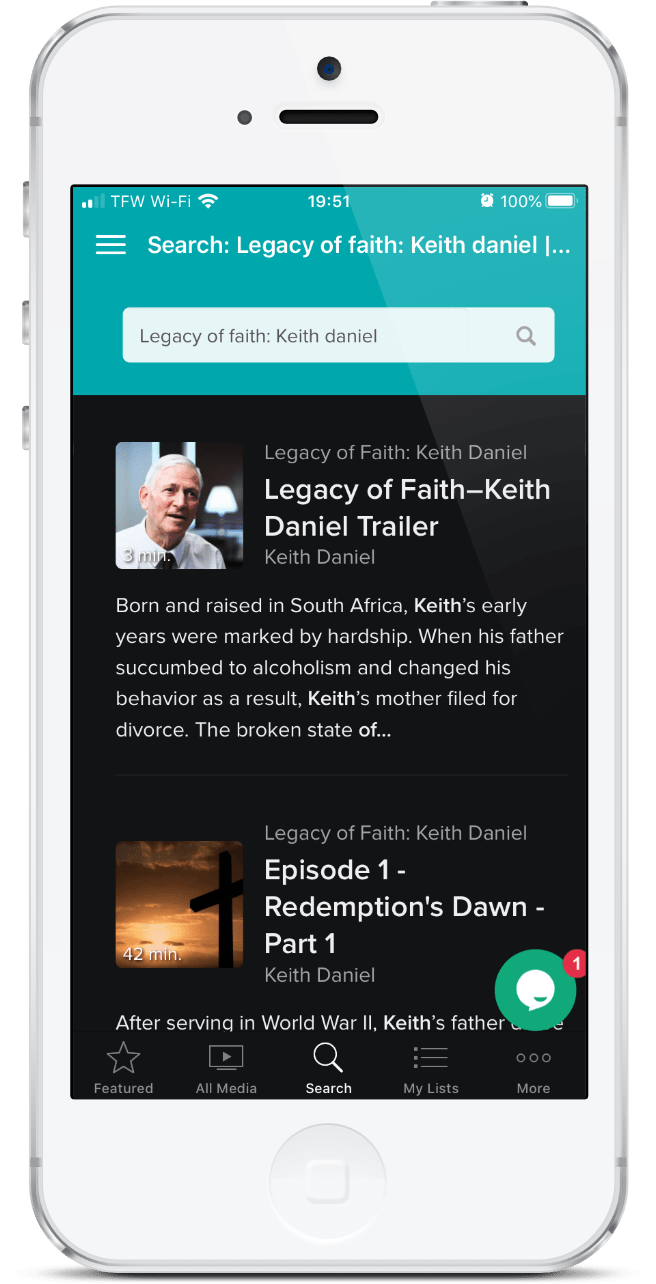 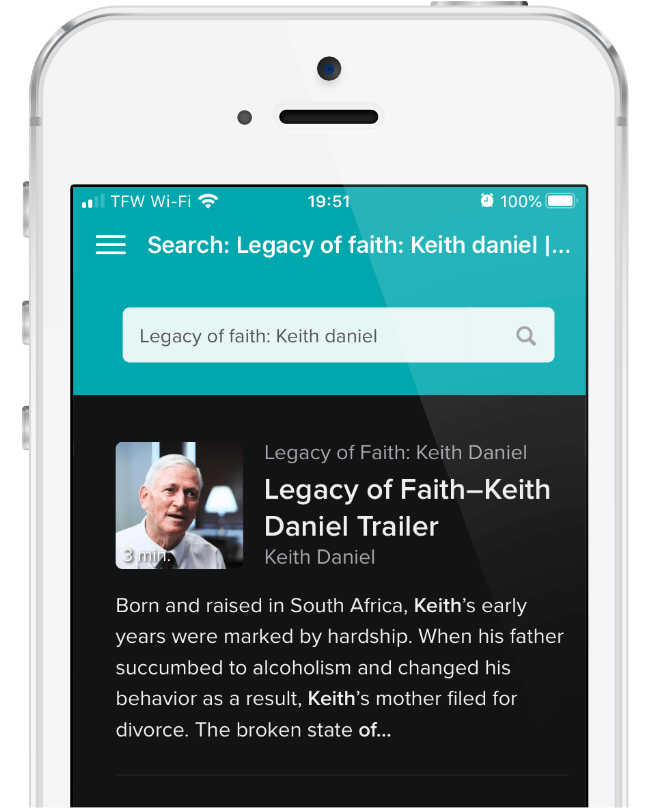 Available in the store

Available in the store